How does a transitway affect automobile traffic on nearby roadways? What factors influence which park-and-ride facilities people choose? These two questions were the focus of a recent two-part project by U of M researchers.

Transitways—such as dedicated light-rail transit (LRT) and bus rapid transit corridors—have the potential to mitigate growing traffic volumes and relieve congestion on nearby roads by prompting some drivers to make the switch to transit. There was little research of this effect, however, for the Green Line LRT between Minneapolis and St. Paul.

Using extensive traffic data before and after the opening of the Green Line, researchers led by Jason Cao exam­ined the impact of the line on road traffic within and outside of LRT influence areas. They con­trolled for a wide range of variables such as transit service, land use, and road classes.

“This rebound was likely due to land-use development spurred by the Green Line and by travelers who switched from other routes and modes,” says Cao, a professor in the Humphrey School of Public Affairs. “Overall, the Green Line had a significant influence on nearby road traffic, and this influence keeps evolving over time.”

The Minnesota Department of Transportation (MnDOT), a project sponsor, will use the data and findings in its transit evaluations and planning. “This project highlights how a transit investment may benefit not only transit, but also other transportation modes,” says Jim Henricksen, director of travel behavior analysis with MnDOT’s Metro District. 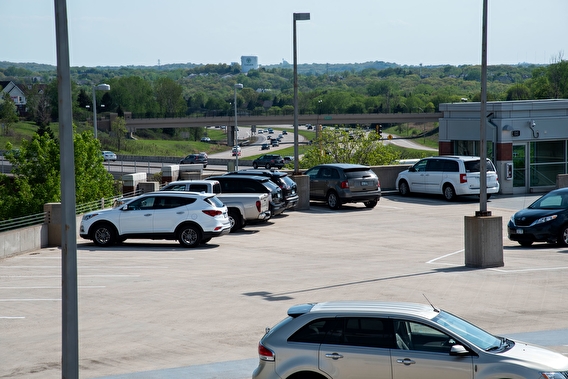 For the park-and-ride (PNR) portion of the project, researchers led by Alireza Khani examined responses to Metro Transit’s 2016 on-board sur­veys, which provided trip attributes and demographic information about riders. Findings from the PNR trips in the survey include:

“Overall, PNR users spent more of their travel time on transit and less time in a car, and made fewer transfers,” says Khani, an associate professor in the Department of Civil, Environmental, and Geo- Engineer­ing. “And they saw higher value in transitways than in express bus routes.”

The researchers used 1,895 PNR trip records to develop and test a park-and-ride location choice model. Their new model correctly predicted the PNR choice of more than 64 percent of users when tested on a sample group, Khani says.

The PNR model will help planners design, size, and locate facilities that are both appealing and convenient for transit users and determine which facilities to prioritize for major maintenance and renovations. The model “provides insight into what is important to park-and-ride users and enhances our ability to forecast future demand,” Henricksen says.

The project was part of the Transitway Impacts Research Program.

U students offer ideas for transit changes in Carver County