Telecommuting: The Pandemic’s ‘Silver Lining’ May Have a ‘Touch of Gray’

“The Future is Now.” In these times of rapid technology development and deployment, this overused phrase can seem more like a warning than a description. However, when it comes to telecommuting (also referred to as telework) and commonly thought of as “work from home,” the future became the present during the COVID-19 pandemic. Huge numbers of people took advantage of decades of developments in computer and telecommunications technologies to stop commuting to work in the name of public health. But like the dog that finally catches the car, the new reality may be much more problematic than we expected.

...a massive move towards working from home has again created a situation where downtowns are struggling and low-income and minority workers have been left behind. To ensure that history does not further repeat itself, policy innovations are needed that will guarantee our “new normal” is more beneficial, for more people, than what we experienced in the past. 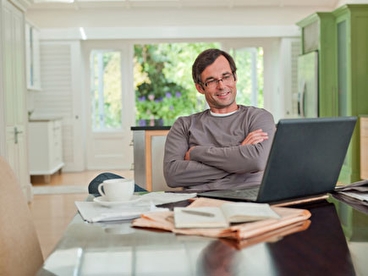 Telecommuting is not a new idea. Physicist Jack Nilles first conceived the concept in the 1970s as a solution to southern California’s notorious traffic congestion. As evidence grew that telework could also save gas and mitigate pollution, the federal government launched a significant initiative in 1996 and passed the Telework Enhancement Act in 2010. Minnesota initiated a groundbreaking state-sponsored telework program, eWorkPlace, in 2009 to provide incentives, education, and marketing to increase telecommuting. These initiatives achieved some success, but according to the census, telecommuting accounted for only about 5.2 percent of all work trips nationally by 2017—joining transit, carpooling, and bicycling as so-called “alternative” modes that would likely never challenge the automobile as the primary commute mode.

Time, however, had other ideas. The COVID-19 pandemic that arrived in early 2020 created the need for social distancing in order to slow the spread of the virus, and telecommuting became a key strategy in this effort. From a transportation perspective, this sudden, massive-scale experiment in working from home appeared to prove the predictions of a commuting nirvana correct. An estimated 40 percent of all work trips nationwide disappeared, with an even greater share in urban areas—including 50 percent in Hennepin County. Travel demand fell far below available capacity and freeway congestion disappeared, just as Nilles had predicted nearly half a century earlier.

Two years later, as much of society considers COVID-19 to be mostly an inconvenience and much has returned to normal, work is still significantly remote. Census data shows that in late September 2022, about 40 percent of the American workforce was telecommuting at least five days a week and 78 percent worked from home at least one day a week. In Minnesota, these numbers were very similar: 40.1 percent and 77 percent, respectively.

The transportation impacts, however, have lessened considerably. By 2022, overall trip-making had begun to reach pre-pandemic levels—often exceeding them in the afternoon and evening hours—although morning travel volumes remain significantly lower than pre-pandemic levels.

Further, the new post-pandemic travel patterns have taken their toll on more efficient travel modes, such as transit. Demand for trips on express routes that carried a massive share of “choice” riders during peak travel times dropped at rates two or three times greater than overall work commutes. However, the number of riders on regular-route transit—often those who lacked access to a reliable car—have stayed relatively steady.

The transit dichotomy revealed an even more important discovery about the impacts of this new telework reality. The transit-dependent users of regular routes were those designated as “essential workers," commuting to jobs that needed to be done on-site. While we did our best to exalt their heroic efforts, further examination yielded a more uncomfortable truth: These workers were commuting to low-paying jobs and were more likely to be Black, Hispanic, or Latino. In December 2020, only 15 percent of Minnesotans with an income of less than $50,000 telecommuted, while 70 percent with an income of $100,000 or more were working from home.

Finally, this new reality creates its own challenges for urban form. Vibrant downtown cores that had teemed with workers before the pandemic now face significant vacancy issues, especially among class B and C properties. The resulting loss in property values will have a negative impact on local property tax revenue, creating potentially significant funding issues for local transportation expenditures.

As a result, more than two years from our sudden transition to the telecommuting future long imagined, perhaps rather than “The future is now,” the more apt description for this time is “Everything old is new again.” In the 1960s, numerous U.S. cities had struggling downtowns populated by poor, usually minority residents left behind by the new transportation innovations of freeways and suburbs. Now in 2022, a massive move towards working from home has again created a situation where downtowns are struggling and low-income and minority workers have been left behind. To ensure that history does not further repeat itself, policy innovations are needed that will guarantee our “new normal” is more beneficial, for more people, than what we experienced in the past.

Read next:
Sensing the Future of Infrastructure >