How do trip rates change among different age cohorts? 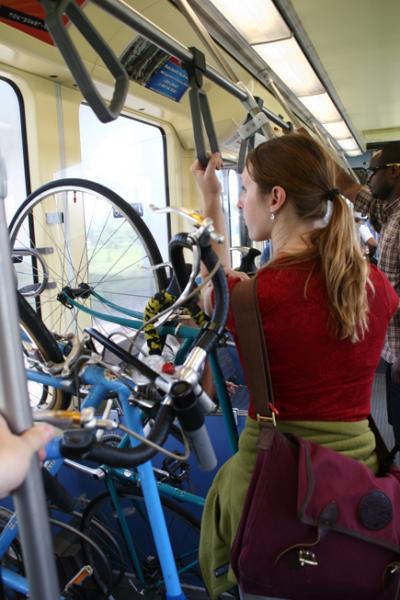 One of the most striking findings from a recent travel survey by the Metropolitan Council was a marked decline in the rate of daily trips per household—from 11.1 in 2000 to 8.8 in 2010. The decrease could be partially attributed to the long-term trend toward smaller household size, but researchers immediately wondered what else could explain the decline: Rising fuel prices? An aging population? Or even the impact of shifting attitudes toward travel, such as the changing travel preferences of Millenials?

To sort out these factors, University of Minnesota researchers used “cohort analysis” to study travel behavior. Their goal was to determine whether preferences toward vehicle ownership and travel vary among different segments of the population based on their age and life experience. If such an effect does exist, as different age cohorts work their way through the population, they may have residual effects on the demand for travel at various points in time.

“This topic was of particular interest because cohort effects have begun to take on increasing significance in policy debates, as speculation about the location and travel preferences of the Millennial generation informs proposals for various types of urban development and transportation policy,” says Michael Iacono, research fellow in the Department of Civil, Environmental, and Geo- Engineering (CEGE) and the report’s primary author.

The analysis yielded a number of interesting demographic findings. Older birth cohorts tended to have lower overall trip rates, and these rates have been falling over time. (The Met Council’s MetroStats report predicts that the age 65-and-older population will more than double by 2040.)

“With larger segments of the population reaching retirement age, it will be worthwhile to understand how they adjust their behavior as they age,” Iacono says.

In addition, there is a broader trend of declining trip rates across most cohorts during the past two decades. The most recent cohorts (1964 to 1973 and more recent) also seem to have lower trip rates across virtually all survey years, he says.

So, are the attitudes of the Millennial generation having an impact on declining trip rates? “This generation is still fairly young, and so we have little evidence on which to draw firm conclusions about their preferences relating to location and travel choices,” Iacono says. “Considering that many members of this group will soon be reaching their peak travel years, it will be important to stay abreast of their behavioral tendencies.”

Another key finding, Iacono notes, is that higher fuel prices had a significant effect on travel. “The roughly $2 per gallon increase in fuel prices accounted for nearly all of the reduction in trip rates between 2001 and 2011—about 0.5 trips per day.”

This research is part of an extensive new five-part report sponsored by the Metropolitan Council and the Minnesota Department of Transportation based on the rich set of data produced by the council’s Travel Behavior Inventory household travel survey. David Levinson, RP Braun/CTS Chair in CEGE, is the study’s principal investigator.

Additional components of the report examine how changing accessibility of destinations has affected travel behavior, changes in walking and biking, the effect of transit quality of service on people’s activity choices and time allocation, and transportation system changes.