Snow fences are a useful tool for controlling snow and ice on Minnesota’s roads. However, installing them relies on the cooperation of landowners. An ongoing collaboration between U of M researchers and the Minnesota Department of Transportation (MnDOT) aims to develop outreach tools that can be used to attract more landowners to the MnDOT snow fence program.

A 2012 U of M cost-benefit analysis showed that snow fences have multiple benefits: They significantly reduce winter maintenance costs, travel delays, vehicle crashes, and the use and subsequent environmental harms of chemical deicers. However, landowners often have concerns regarding the costs and logistics of installing, maintaining, and farming around snow fences. Researchers developed a tool to calculate landowner compensation for installing fences and an outreach program that MnDOT district offices could use.

A 2019 study examined landowners’ knowledge of snow fences, their attitudes toward implementing this alternative snow-control measure, and their practices using snow fences. The 2022 project took the next step to encourage the adoption of snow fences through direct engagement with landowners.

Minnesota spends close to $100 million annually on equipment and maintenance, deicing material, and labor to clear snow and ice from the roads.

U of M researchers collaborated with MnDOT to interview early adopters of the MnDOT snow fence program about the processes and challenges of installing snow fences. The 30 case studies broadly found that the landowners tended to learn about the snow fence program through MnDOT employees, and that the strongest motivators for adoption were public safety and civic duty—with financial motivations a close second.

“This indicates the success that MnDOT staff have had and the important role they play in recruiting participants for the blowing snow-control program,” says Dean Current, director of the U’s Center for Integrated Natural Resources and Agricultural Management (CINRAM) and the principal investigator for the project.

To disseminate this information to both landowners and MnDOT employees, the researchers compiled the case studies—along with the results from previous snow fence projects—into various online databases.

The first is FarmMaps, an online tool developed by CINRAM and University of Minnesota Extension (work was initiated in 2018) as a way of documenting and sharing sustainable farming practices. The snow fence case studies were geotagged and added to the site to show information such as snow fence location and impact on farm operations.

The researchers updated MnDOT’s SFMaps database, an online snow fence inventory that was developed in an earlier project. They also consolidated reports, materials, and resources from various snow fence projects onto the CINRAM website and developed snow fence training curricula that MnDOT can use to educate both its staff and landowners. In addition, they held a limited number of training sessions.

Overall, Current says, these resources and tools were developed with the aim of allowing MnDOT to continue using them after the projects have ended. MnDOT staff can add new case studies to FarmMaps, and SFMaps was designed to be integrated with MnDOT’s existing Transportation Asset Management System.

“There is a wealth of valuable information that can be useful to MnDOT and others,” Current says. “This will provide a repository for that information that’s readily accessible to those who may be interested.” 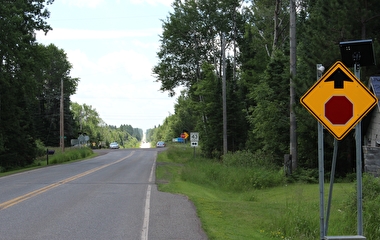 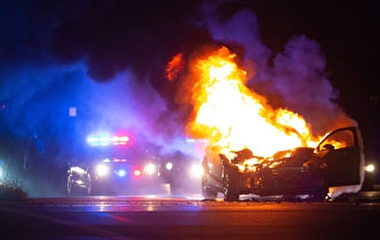 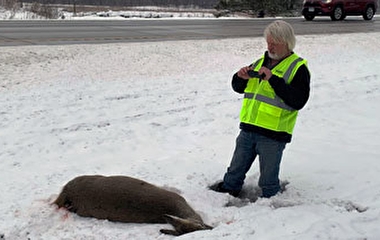