In 2017, Minnesota reduced its traffic fatalities to 358 lives lost. The last time our state experienced traffic deaths below that number was 1944. Losing 358 people on our roads was a tragedy for many families, yet that year represented tremendous progress from the terrible numbers we saw in the 1960s and 1970s, when we were losing nearly 1,000 lives each year in Minnesota. However, much of the ground gained in the past decades has begun to slip away in recent years. In 2021, Minnesota lost 488 people on our roads—a 23.9 percent increase from 2020 and a 32.7 percent increase from 2017-2019 levels. That's 15 years of progress also lost.

Minnesota’s fatal crash trends put us on track to lose 4,000 lives on our roadways over the next decade. The economic losses from these projected deaths is conservatively estimated at $6.8 billion and worse, the emotional toll on Minnesota families—the vast majority of them in rural areas—will be immeasurable. 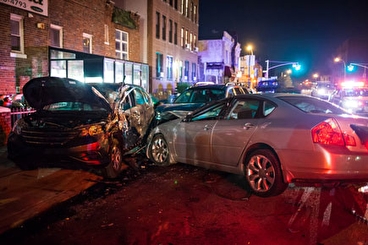 Speculation swirls about the reasons for these recent increases, with many pointing to traffic volume changes, enforcement changes, and overall societal contempt for the rules of the road. However, if we turn to our crash data, we can see that persistent and growing problems have been plaguing our roads since before COVID. The biggest safety threat on our roadways is speeding—a trend that has been shifting upward in the last decade, with 30 percent of fatal crashes in 2018 involving unsafe speeds. This was matched in 2021 with 35 percent of fatal crashes involving speeding. While communities around the state have been implementing reduced citywide speed limits, drivers are flouting road laws at alarming levels. Highway “super speeding” is becoming more frequent. The Minnesota State Patrol issued a startling 1,249 speeding tickets for drivers traveling at 100 mph or faster in 2021, compared to 533 tickets for that same behavior in 2019. In Cambridge, Minnesota, the police department reported ticketing a driver at 140 mph this past year.

Our problems extend beyond speeding, with lack of seat belt use and impaired driving representing two major issues. Unbelted fatalities on our roads have accounted for 32 percent of deaths over the last 10 years. Thankfully, the percentage of these deaths has shrunk from 44 percent in 2011 to 22.5% percent in 2021. Attaining 0 percent in the next decade seems achievable, but we must do more to reach the small number of drivers and passengers who fail to wear their seat belts on every trip. While drunk driving trends today have improved compared to the 1970s, the rate has stagnated around 25 percent in the past 10 years. Looking forward, we should expect that combined alcohol- and drug-impaired driving will become more prevalent once THC-impaired driving is added to the mix.

One challenge in addressing these persistently dangerous practices is that a great deal of public safety attention has focused on distracted driving in the past decade. This is despite the fact that distraction, of all kinds, is responsible for only 10 percent of Minnesota’s fatal crashes in the past decade and 5.5 percent in 2021. While preventing these fatalities is important, there is also an immense need to shift more attention to the most dangerous driving behaviors. Perhaps now is the moment to take some of the lessons learned from our approach to distracted driving through policy, media, enforcement, and technology and apply those to addressing drunk driving, seat belts, and speeding.

Minnesota’s fatal crash trends put us on track to lose 4,000 lives on our roadways over the next decade. The economic losses from these projected deaths is conservatively estimated at $6.8 billion and worse, the emotional toll on Minnesota families—the vast majority of them in rural areas—will be immeasurable. There are immediate and long-term actions we must take to combat our toughest challenges to ensure that Minnesota families stay intact.

Policymakers can also take bold action to reduce unsafe speeds by mandating speed governors. Auto manufacturers have long profited from marketing and selling vehicles that travel at speeds far exceeding our top speed limits with ease, at the cost of devastating our families. The driver ticketed by the Cambridge Police Department for traveling at 140 mph should have never been allowed access to a vehicle capable of such speeds. Making it illegal for auto manufacturers to produce vehicles that can exceed 85 mph is a common-sense solution to reduce super speeding on our roadways.

Finally, tech companies are hard at work developing fully automated vehicles, but at the same time are ignoring the role that GPS and camera technology can play as potential automated intelligent speed limiters and safety technology for future vehicles. We have immense data and connectivity capabilities that provide us with the ability to know the speed limit of nearly all roadways. It is not a far-flung idea to use that data to inform vehicles of these limits—something our smartphones do every day. It is possible to simply prevent drivers from exceeding speed limits. The benefits of this type of intervention could be immense. Pedestrians struck by a vehicle traveling at 23 mph have a 10 percent chance of death, but these risks grow to 25 percent at 32 mph, 50 percent at 42 mph, and 75 percent at 50 mph. These speeding increases may seem harmless to many drivers but literally mean the difference between life and death for another person. With growing vehicle sizes, these risks disproportionately harm the elderly and children. Minnesota families cannot wait while we slowly nudge drivers into safe driving behaviors. We must enact legislation that prevents fatal driving speeds and force auto manufacturers to use the life-saving automation they are already capable of deploying.

Read next:
An Equitable Transition to Decarbonized Transportation >