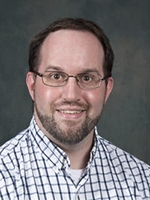 Brock Hedegaard is an associate professor in the University of Minnesota Duluth’s Swenson College of Science and Engineering. His expertise is in characterizing the condition of structural systems using structural health monitoring technology and computational modeling tools. The goal of structural health monitoring is to measure the response of some critical infrastructure and to diagnose if, when, where, and how much damage has formed. Bridge owners and engineers use such knowledge to make informed decisions regarding structural rehabilitation.

Structural health monitoring has featured in much of Hedegaard’s research supported by state departments of transportation, including Minnesota (MnDOT) and Wisconsin (WisDOT). In particular, he has been involved with monitoring the temperature and time-dependent movement of the St. Anthony Falls Bridge (i.e., the I-35W Bridge) since its opening. He has also led project efforts on monitoring of bridges during staged construction, and load testing and modeling of deteriorated slab-span bridges.