Far too often, freeway work zones catch drivers by surprise. Drivers traveling at highway speed may come upon unexpected congestion, resulting in sudden braking and the risk of rear-end collisions. Unfortunately, posting advisory speed limit messages near these freeway work zones has not been effective.

To combat this problem, the Minnesota Department of Transportation (MnDOT) developed a Smart Work Zone Speed Notification (SWZSN) system that informs drivers of the actual speed of slowed downstream traffic near large freeway work zones. Researchers from the Minnesota Traffic Observatory tested and evaluated the system over time in an actual highway construction work zone—and found that it works.

“Through the analysis of tens of thousands of data points collected from highway drivers, we were able to show that messages clearly informing drivers about slowed traffic ahead—unlike speed advisories— influence them to reduce their speed in a timely way in congested highway construction areas,” says John Hourdos, director of the U of M’s Minnesota Traffic Observatory.

The new system collects traffic speed data throughout a work zone, runs it through an algorithm, and generates a real-time message for drivers on a variable message sign, such as “35 MPH 1 Mile Ahead” or “Stopped Traffic Ahead.” The system was deployed at a large, multistage highway work zone east of downtown Saint Paul. New pole-mounted speed detectors were installed throughout the work zone, along with solar-powered cameras on mobile trailers.

“The cameras were important for capturing traffic flow images in strategic locations where traffic queues were forming because the work zone was complex, crowded, and often changing,” Hourdos says. “Processing the video with custom-developed machine vision applications, we were able to extract vehicle trajectories and calculate each vehicle’s deceleration rate when approaching traffic congestion.”

The MnDOT-funded project was completed in three phases during two construction seasons. During the first year of implementation, researchers found glitches in the speed notification algorithm. By the second construction season, they had made adjustments and reconfigured the speed sensors, significantly reducing those anomalies.

According to the team, the most significant results of this project showed that in situations where the messages communicated to drivers were consistent and accurate, deceleration rates in work zones declined more than 30 percent. “The speed notification system was clearly noticed by drivers, and it has a statistically significant influence on their behavior,” Hourdos says. “They slowed down sooner, and more smoothly.” 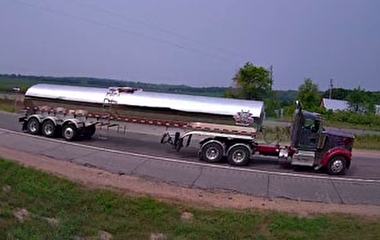 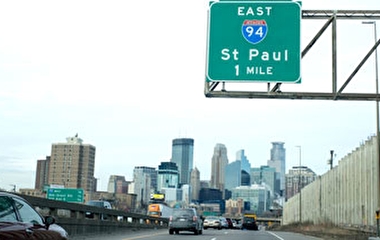 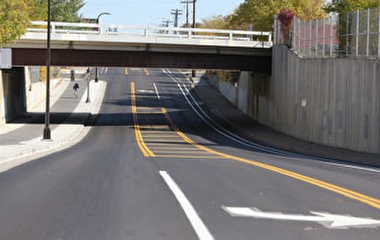 Know when to give your road a diet?