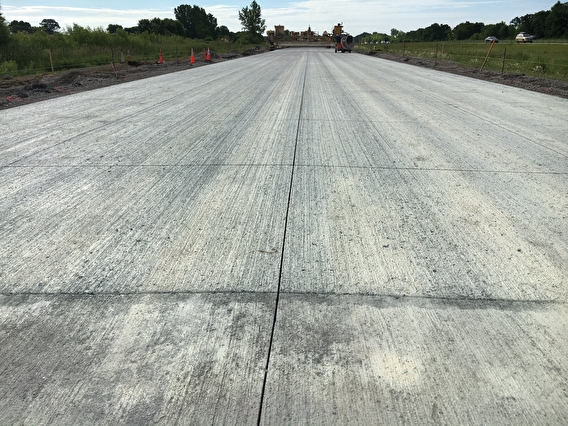 To help stretch limited roadway dollars and save on material costs, the strategy of mixing synthetic structural fibers into thin concrete pavements and overlays is gaining traction. These slender fibers are usually made of polypropylene, 1.5–2.5 inches long. The concrete overlays are typically small-sized panels 3–6 inches thick, constructed on deteriorated pavement surfaces.

“These ultra-thin and thin concrete overlays are not thick enough to use with typical construction methods such as standard dowel bars, so instead some transportation agencies mix small synthetic fibers into the concrete,” says Manik Barman, an associate professor of civil engineering at the University of Minnesota Duluth (UMD).

Previous studies have shown that these fibers can improve performance by holding cracks tight, increasing load transfer between slabs, and arresting slab migration. “However, little research has been done to quantify these benefits,” Barman says. “As a result, current design guidelines don’t include the actual benefits of structural fibers.”

In a recent study, researchers from UMD and the Minnesota Department of Transportation (MnDOT) tested eight sections of thin concrete pavement to gain a clearer understanding of the real-world performance benefits of synthetic structural fibers. The three-year effort was a pool-funded project of the National Road Research Alliance, administered by MnDOT.

The pavement test sections were constructed at MnDOT’s innovative MnROAD test track. The sections included two ultra-thin (3- and 4-inch thick) and four thin (5- and 6-inch thick) concrete pavements placed on a gravel base, along with two thin, unbonded concrete overlay pavements (5 inches thick) placed on an existing concrete pavement. The pavements were exposed to real-world traffic conditions, and the distresses of each test section—such as fatigue cracking, faulting, and joint performance issues—were measured.

The research produced several key findings. Researchers discovered that 3-inch-thick ultra-thin pavements on a weak base layer may not be a good design. “Our findings show this design may fail before the anticipated design life whether or not the fibers are added,” Barman says.

A better design option for lower-volume roads, researchers found, was a thin (5- to 6-inch-thick) pavement with smaller panels placed on relatively strong base layers. In the study, fibers were shown to reduce joint faulting and keep the ride quality reasonable for the intended design traffic. “However, since this took the highest dosage of fibers to affect the development of faulting, we would recommend a cost-benefit analysis to see whether the additional cost can be justified,” Barman says.

Overall, the study provides quantifiable evidence that synthetic structural fibers can deliver performance benefits in thin concrete pavements. As a result, researchers recommend incorporating guidance for the use of synthetic structural fibers into design procedures for these types of pavements to aid in the creation of stronger, longer-lasting concrete pavements and overlays. 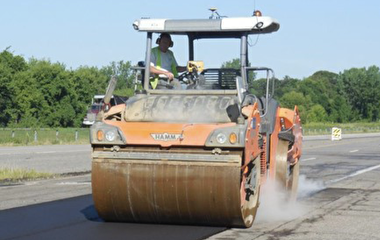 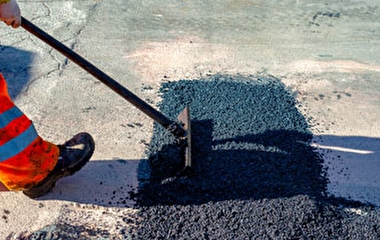 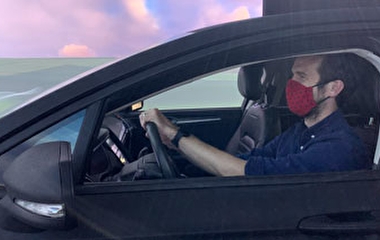