This award was established in 1998 by the CTS Executive Committee to recognize public leaders who through their vision, leadership and knowledge have influenced innovative transportation policy directions that benefit society. The first recipient of this award was State Senator Keith Langseth in recognition of his leadership in sponsoring legislation that has helped develop Minnesota’s transportation system and his ongoing support for transportation research and education programs. 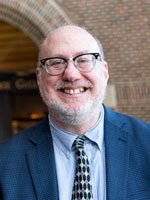 This year’s award is presented to Representative Frank Hornstein. Hornstein chairs the Minnesota House Transportation Finance and Policy Division and serves on the Energy and Climate Finance and Policy Division. Hornstein has a long record of leadership on consequential transportation-related legislation, including funding and safety countermeasures. He has also supported the use of University research to inform legislators and has served on several University task forces related to transportation.