A pedestrian crossing near Grand Casino Mille Lacs has a new signal system known as a HAWK—a high-intensity activated crosswalk. The Minnesota Department of Transportation (MnDOT) moved forward with support and funding for the HAWK installation based on crossing-volume data requested by the Mille Lacs Band of Ojibwe and collected in collaboration with U of M researchers.

The HAWK crosswalk, which began operation in December 2020, provides a safer way for pedestrians to cross from the schools, government buildings, and homes on the east side of the highway to the casino, Grand Market, and neighborhoods on the west side.

“We knew the site was a problem area for pedestrian crossings and had asked MnDOT to make it a priority,” says Mike Moilanen, director of planning and project management for the Mille Lacs Band of Ojibwe. Mille Lacs Band staff had suggested a HAWK, which costs less to build than traditional traffic signal systems, to MnDOT after seeing it in operation at other locations, he says.

Minnesota's Native American population is among the priority populations identified in MnDOT’s statewide pedestrian system plan. To learn more about pedestrian behavior on reservations across the state and help identify potential safety countermeasures, the department turned to a research team led by Professor Greg Lindsey of the Humphrey School of Public Affairs. The Mille Lacs location is part of a larger multiyear study of pedestrian travel behavior and safety in rural settings funded by MnDOT; John Hourdos, director of the U’s Minnesota Traffic Observatory (MTO), is the co-investigator.

In the project, MTO researchers monitored 10 crossings on four reservations in Minnesota’s northeast quadrant between May and August 2017; site monitoring ranged from 11 to 20 days. “The Mille Lacs site had the most pedestrian crossings—a mean daily volume of 136,” Hourdos says. “More than half of these crossings—54 percent—involved some interaction with vehicles, meaning that either the pedestrians or drivers sped up, slowed, or stopped and waited.”

The research team documented activity at the crosswalk and at an opening in a nearby fence. “The data collected was hard to ignore, as over 98 percent of crossers used the opening in the fence and not the controlled intersection,” Moilanen says.

One of the lessons of the project is that “evidence is essential,” Lindsey says. “Rural and tribal transportation managers often lack data about pedestrian activity. Evidence such as simple user counts can inform decision making.”

The findings also show that although rural pedestrian crossing volumes are low relative to urban volumes, the risks pedestrians face are real. “Equity, as well as efficiency, is important,” Lindsey says. “If efficiency—in other words, the numbers of pedestrians—were the sole basis for investments, agencies would rarely fund countermeasures on reservations. But we believe investments on reservations are needed to redress historical marginalization of tribes and existing disparities in traffic safety.”

Lindsey adds that existing plans and policies by MnDOT and the Mille Lacs Band contributed to the success of this effort. “MnDOT’s commitments to priority populations, pedestrian safety, and equity provided a rationale for our study and increased the likelihood of projects such as the Mille Lacs implementation,” he says.

The second phase of the larger study, already in progress, will complete field investigations and identify safety concerns at sites on additional reservations. 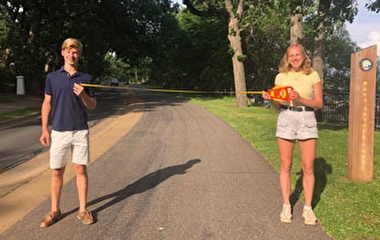 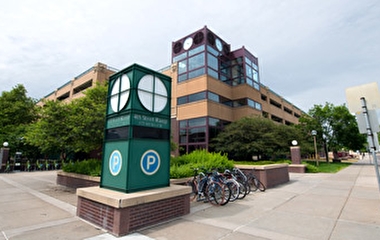 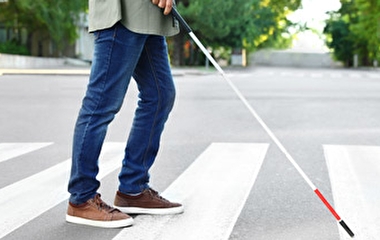