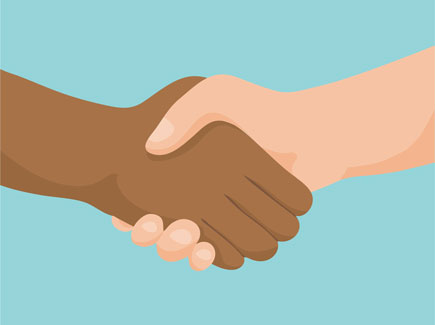 For these projects, local governments and MnDOT develop cooperative agreements that define components such as cost participation and funding sources. While these projects can be mutually beneficial, they also carry risks for local governments, according to a new study from the Institute for Urban & Regional Infrastructure Finance at the Humphrey School of Public Affairs.

“The agreements can add unexpected costs for local governments and limit their ability to address the needs of their own roads,” says Jerry Zhirong Zhao, the study’s principal investigator. “These agencies should be aware of the risks.”

States use a combination of state funding and federal dollars to invest in highways and to provide aid to local governments. As federal and state governments have struggled to keep pace with transportation needs, the share of funding directed to local governments has fallen, Zhao says, but there has been little research on the impacts. His study, funded by MnDOT and the Minnesota Local Road Research Board, helps fill that gap.

“The results of the research project should be required reading for all local agency project managers who participate in regional highway improvements with a local funding contribution,” says Russ Matthys, director of public works for the City of Eagan. “Following the recommendations will limit, if not avoid, the impacts of unintended and costly surprises.”

Zhao’s research team completed six case studies of cities and counties that engaged in cooperative agreements with MnDOT since 2013 to understand the cost burden on local units of government from cooperative trunk highway projects. The local governments’ contributions were mainly for the local match requirements of federal and state funding, intersection expenses, or unexpected increases in project costs.

Of the six cases, four local governments experienced additional financial burdens. Three of them had received state funding through the Corridor Investment Management Strategy (CIMS) program in 2013. “The fixed nature of CIMS grants placed the risk of unexpected costs on the municipalities that received them,” Zhao says.

Competitive grants incentivize local governments to make low cost estimates to better compete with other projects. “The outcomes of these cases show the importance of producing conservative project estimates when applying for capped funding,” he says.

Based on the case studies, the research team then developed and administered a survey to city and county engineers to better understand the experiences of local government agencies with MnDOT cooperative trunk highway projects. Respondents from a total of 37 counties and 41 cities completed the survey.

“A few of the respondents experienced additional project costs, mostly due to unexpected project work or much higher-than-expected bids,” he says. “Overall, respondents believed that the availability of MnDOT contingency funds for project cost increases and improved communication between MnDOT and local agencies could improve trunk highway cost-sharing agreements.”

Based on the findings, Zhao also recommends disclosing project requirements during the planning phase, discussing funding conditions of state funds or grants, and including in contracts the distribution of unexpected costs during the lifetime of the project.

U students offer ideas for transit changes in Carver County