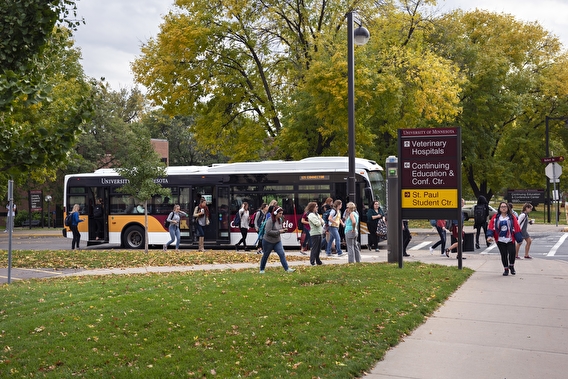 Human behaviors played a central role in spreading COVID-19, and initial lockdowns aimed to slow the spread by localizing movements and limiting contact with other people. To aid reopening decisions, a team of U of M researchers in the emerging field of “movement ecology” developed models showing the effects of contact and movement patterns.

“The decision to reopen workplaces can be informed by recognizing that not all movement patterns are equal in terms of pathogen spread,” says Allison Shaw, an associate professor with the Department of Ecology, Evolution, and Behavior (EEB) and the project’s lead investigator. “This research can help us understand the nuanced interactions between movement, contacts, and infections.”

Other researchers on the project were from the departments of Veterinary Population Medicine and Plant Pathology, the U BioTechnology Institute, and the National Socio-Environmental Synthesis Center in Annapolis.

Using a U of M St. Paul campus building as a case study, the researchers considered the initial stages of resuming on-campus research activities using the movement ecology and contact network epidemiology approaches. They developed one model describing movements between home and work, and another model of on-campus contact patterns.

They found that limiting social contact by reducing either the number of people or the time they spend in the workplace are equally effective in slowing pathogen spread. In addition, they determined that restricting on-campus activities exclusively to labs—rather than both labs and office space—could dramatically alter the contact network and reduce disease spread.

An important takeaway from the research comes from the framework of movement ecology, which stipulates that movements within a population are not random.

“Human movement between home and work is a predictable, daily occurrence better viewed from the lens of predictable migratory movements rather than random dispersive ones,” Shaw says. “Moving predictably between two environments does not always increase infection compared to remaining in a single location.” 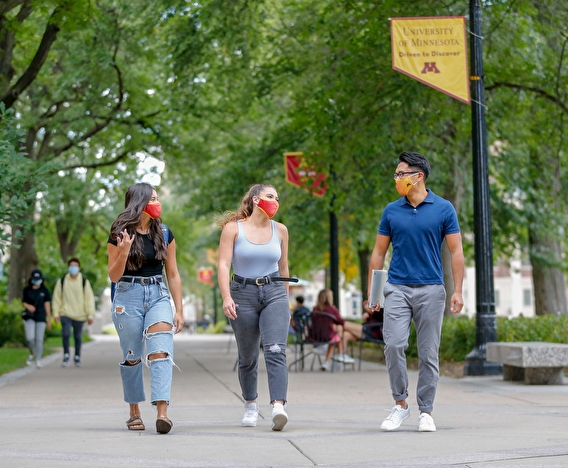 Viewing disease transmission through this lens, researchers say it is important to consider the degree of physical distancing maintained both on campus and during the commute between home and campus.

“For example, commuting by private transport has no risk of infection to others, while commuting by crowded public transport can reduce feasible physical distancing,” Shaw explains. “When physical distancing cannot be maintained on campus or during the commute, then infections could be slowed by limiting the number of workers on campus or the amount of time workers are on campus.”

If commuting substantially increases transmission risk compared to staying at home—in other words, if people use any form of shared transport—then reducing the number of people commuting will be a more effective strategy than reducing either time or contact while on campus, she adds.

Researchers concluded that using an understanding of movement and contact patterns—alongside other tools such as widespread testing, contact tracing, and vaccinations—could help mitigate the effects of COVID spread when returning to work.

“Insights from our models can help guide policy,” Shaw says. “We believe that disease mitigation policies will likely be more effective when decision makers consider disease risk in a more holistic way that integrates risk across the various components of a person’s daily movements.”

“Increasing rates of vaccinations and declining case counts put us in a very different situation than when this model was formulated, but the focus on reopening safely is more relevant than ever as schools and businesses work to develop reopening plans,” adds Emilie Snell-Rood, EEB associate professor. “A future application of the models could incorporate vaccination status and transmission reduction. Especially now that more portions of society are vaccinated, the model could help us understand disease dynamics in networks, such as schools, that are composed of vaccinated and susceptible people.”

The research was published in a journal paper titled “Lessons from Movement Ecology for the Return to Work: Modeling Contacts and the Spread of COVID-19” (PLOS One, January 22, 2021). The paper is based in part upon work supported by the U of M’s Office of Academic Clinical Affairs COVID-19 Rapid Response Grant, the National Science Foundation (NSF) under several grants, and the National Socio-Environmental Synthesis Center under funding received from the NSF.

"Lessons from movement ecology for the return to work: Modeling contacts and the spread of COVID-19," PLOS ONE Open Access, Volume 16, Issue 1, January 2021