An extensive video data collection effort by U of M researchers has yielded new insights into how drivers and pedestrians behave around pedestrian-activated crossing (PAC) systems. The project also created a rich data resource for the traffic engineering community related to pedestrian level of service and safety at such crossings.

“Little is known about the influence of implementation characteristics on the effectiveness of PACs in reducing pedestrian-vehicle accidents and injuries,” says John Hourdos, director of the U of M’s Minnesota Traffic Observatory. “In this study, our aim was to examine the relationships between driver yield rates and a variety of treatments and implementation alternative designs using video data from crossings.”

They then constructed a model to gauge the impact of the crossing treatments in reducing crashes based on traffic and roadway conditions and driver yielding rates. Next, they selected 34 sites in Minnesota for video monitoring and mounted battery-operated video systems at observation sites.

After collecting thousands of hours of video, researchers logged at least 100 interactions at each crossing, or an entire day’s worth of pedestrian-vehicle interactions at sites with fewer events. The research team recorded vehicle speeds, yielding behavior, a range of pedestrian characteristics, whether the system was activated, and who yielded to whom. Investigators then examined the logs to determine what correlations might exist between pedestrian and driver behavior.

While researchers were not able to correlate yield rates with pedestrian safety, they did uncover tendencies of drivers and pedestrians in interactions at crossings. For example, they found that HAWK systems have higher wait times due to the system activation sequence but a more stable crossing time reliability, while RRFB systems have lower wait times because they activate immediately, but the pedestrian crossing time can be longer if drivers do not yield. 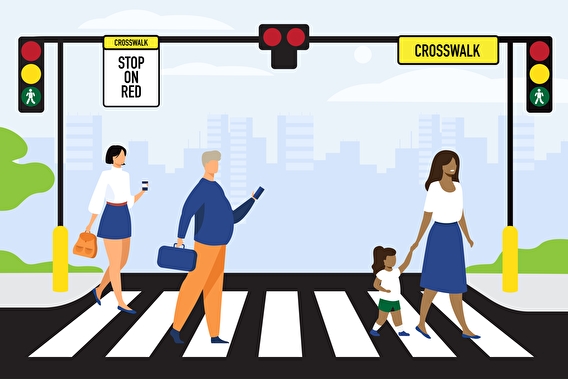 “Because of this finding, we believe that at RRFB sites currently experiencing low driver yield rates, HAWKs may improve pedestrian level of service,” Hourdos says.

The data also shed light on the impacts of RRFBs. RRFB benefits (in terms of driver yield rates) increase with the number of lanes and, more importantly, the number of conflicting movements. In addition, overhead placement of RRFBs may result in increased driver yield rates whether they are activated or not; the RRFB itself may not be what is most responsible for better yield rates, but rather, the accompanying static sign on the overhead mast.

In the future, the large amount of data generated through this research could help advance knowledge of pedestrian and driver behavior and safety at pedestrian-activated crossings.

The project was funded by the Minnesota Department of Transportation. “The tracking and analysis of video data were innovative and answered some questions,” says Melissa Barnes, north area manager for MnDOT’s Metro District. “People can view this data and see how traffic control devices impact behavior.” 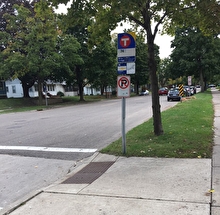 U research on tribal transportation safety showcased in DC