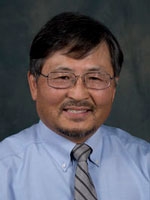 218-726-8211
tkwon@d.umn.edu
Taek Kwon's academic research career began in the areas of neural networks, fuzzy sets, and image processing; over the past decade, his research has focused increasingly on Intelligent Transportation Systems applications, especially in the areas of visual data collection, digital signal processing, and sensor networking. He has developed new concepts and tools for road/weather information systems, vehicle detection, and pavement condition reporting. His work, including collaborating with Max Donath on the USDOT-funded Intelligent Vehicle Initiative research program, contributed strongly to the establishment of the Northland Advanced Transportation Systems Research Laboratories (NATSRL), where he is a board member, at the university's Duluth campus.

Kwon received M.S. and Ph.D. degrees in Electrical Engineering from the Florida Institute of Technology. His articles and papers have appeared in the IEEE Transactions on Neural Networks, Systems and Cybernetics, Circuits and Systems, and Image Processing, among other publications.